Are You Arriving for the Fort de laPresentation Workshop by Landau, Phaeton or Barouche? Fashionable Carriages of the 1812 Era

Are you arriving for the Fort de laPresentation Ladies Day Workshop by Landau, Phaeton or Barouche?

Think of  Willoughby taking Marianne for a private drive in his sporty curricle - his high flyer.

And exactly why was Mrs. Elton so very proud of her sister's barouche-landau?

In the early decades of the 19th century Ackermann's Repository of Arts magazine was well known for featuring all that was new and cutting edge in fashion.  Even transportation was seen as a highly important fashion accessory.  On occasion they published colourized plates and articles about the latest in carriages:


A Landaulet was the sporty version of a Landau: 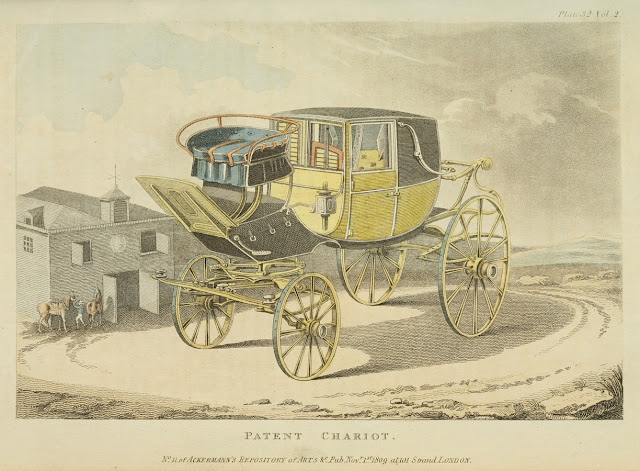 A Landau is a four wheeled "convertible" carriage - it has a top that can be raised or lowered: 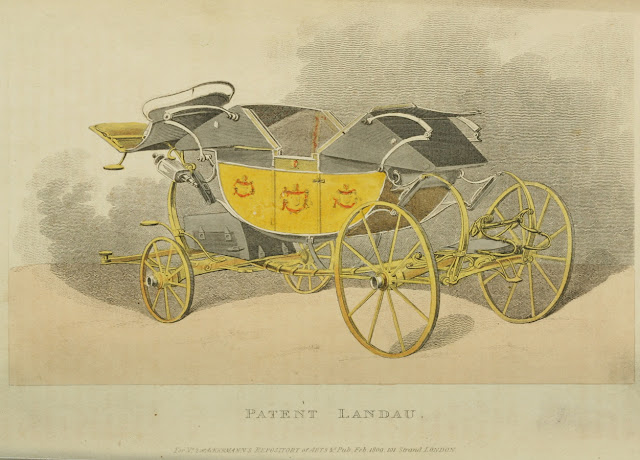 The Phaeton was the "sports car" if its day and generally drawn by two horses for speed.  It was lightweight, fast and could be extremely dangerous - and although he drove a curricle the phaeton perfectly exemplifies Mr. Willoughby's reckless and dashing character: 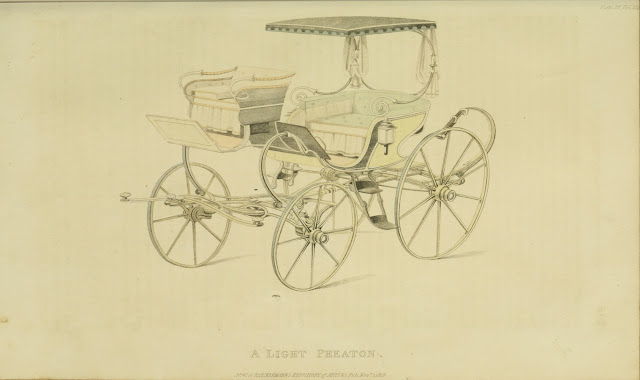 Another Landaulet - the sporty smaller version of a Landau: 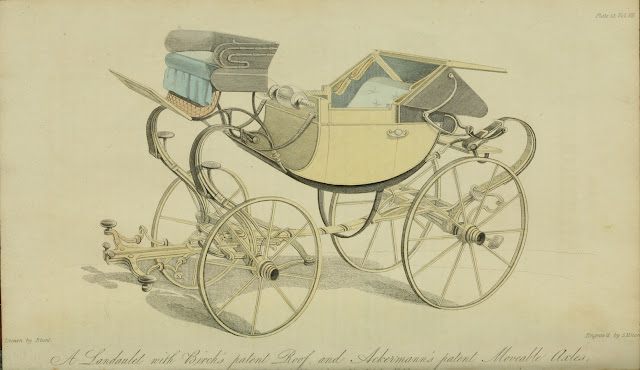 A Barouche was a leisure, summer vehicle with  a soft retractable or convertible top.   Double seats on the inside faced each other: 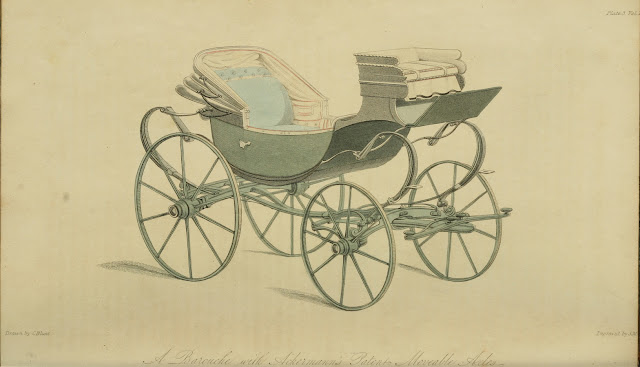 My guess is that this particular magazine article was perhaps geared more toward the gentlemen readers of Ackermann's but I'm sure an enterprising lady or two used the information to make interesting diner conversation.